Our talented and dedicated staff and faculty are dedicated to music education. Please see below to be introduced to each of our instructors.

Vivian exhibits a high level of patience and personal investment. With a special talent for children, her energy is contagious and creates a positive environment for the learning experience.

John C. Brunn has a Bachelor of Music degree from California State University, Los Angeles, and Master of Arts and Doctor of Musical Arts degrees from Claremont Graduate University. He taught music part time for several years at Citrus College, and is currently teaching piano privately along with his wife, Malinee, at their studio in Monrovia. He is currently an accompanist at Arroyo High School, and pianist at 2 churches in Monrovia. 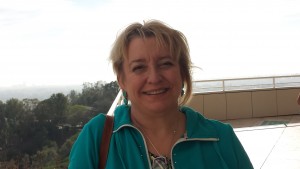 Wendy Kikkert has a Bachelors in music with emphasis in piano from Wellesley College, and a Masters of Music in Vocal Performance from CSU Long Beach. She has over 10 years experience teaching private piano and voice, as well as directing choirs. She enjoys teaching students of all ages. She has sung professionally with Los Angeles Opera, Opera Pacific, Long Beach Opera, Pacific Chorale and the John Alexander Singers. She has performed leading roles with local opera companies and musical theater showcases. She was founding member and president of the Intimate Opera Company, producing fully-staged productions for 14 years. In her teaching, she focuses on the strengths and interests of each student, giving individualized instruction. She seeks to give students a foundation for a lifetime of musical enjoyment. 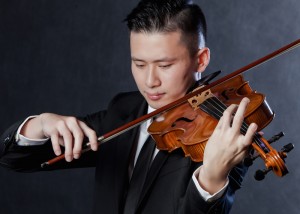 Violist DIN HANN SUNG has studied classical piano and violin since the age of 6. He has studied with violists Donald McInnes, Richard O’neill, and Karen Dreyfus. He received a Master’s Degree in viola performance from UCLA and a Graduate Certificate from the USC Thornton School of Music.

Din Hann completed his undergraduate studies in violin performance at the Bob Cole Conservatory of Music at the California State University of Long Beach studying with violinists’ Linda Rose and Lorenz Gamma.

As a symphony musician, Din Hann has been a member of the American Youth Symphony and Young Musician Foundations’s Debut Orchestra. He has performed orchestral concerts under the baton of Carl St. Clair, Alexander Treger, Michael Tilson Thomas, John Williams, and Krzysztof Penderecki. 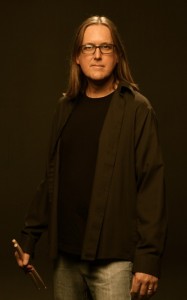 Geoffrey Dunbar – B.M., M.M. Guitar (acoustic and electric), Electric Bass, Drumset, Snare, Mallets
A highly gifted, and much sought after musician in the greater Los Angeles area, professor Dunbar brings to ACM a wide variety of professional experience and expertise. Currently, Geoffrey is a professor of Music at Pasadena City College where he teaches music theory and music recording/technology courses. He is also a lab coordinator for the college music library. He can also been seen performing with various bands in the Hollywood music scene. Mr. Dunbar is responsible for a long list of commercial recordings, and has written an impressive list of songs for film and television.

Shawn graduated from the University of Southern California with a Bachelors of Popular Music: Keyboards in 2016. Shawn’s musical experience is extremely widespread; not only does he play classical and pop piano and keyboards, he also has experience playing other instruments such as violin, guitar, bass, and drums, to name a few.

Shawn has performed throughout the US and internationally as a soloist and accompanist. He’s worked with artists such as Us the Duo, Tori Kelly, AJ Rafael, and Megan Lee. He’s also worked on TV shows such as Glee and Fresh Off The Boat. Shawn is also experienced in teaching, scoring, arranging, and producing music.

As a keyboardist, Shawn has performed throughout California and some gigs in Canada and Indonesia doing solos but also collaborating with YouTube artists. He also has much experience in teaching pop guitar and piano in the San Gabriel Valley. Shawn regularly performs at his home church in Arcadia but also plays guitar for the InterVarsity Christian Fellowship at USC.

Currently, Shawn is the musical director at Arcadia Community Church and performs with various bands across the LA music scene. 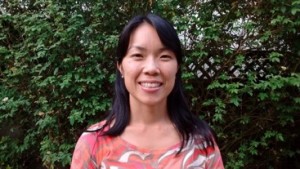 Graduated from Wesleyan University in Middletown, CT with a B.A. in Sociology and Psychology.  She has studied classical piano since she was 5 years old, and picked up the guitar during her college years.  She has always been a part of various church and gospel choirs growing up, and founded an a cappella group during college.  After graduation, she joined the staff of a church in the Bay Area.  During that time, one of her passions was raising up the next generation of young people to love worship and to lead others in worship.  She led and trained worship leaders and worship bands, and also taught youth and college students to use music and drama for outreach.  In recent years as a mother of 3 young kids, she has focused her attention on growing a love of music and worship in young children in her own home, her church, and other settings.  She has a lot of fun expressing her creativity and passion through teaching music to children of all ages. 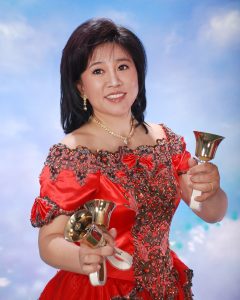 Timothy Ogden was principal cellist with the Pasadena Community Orchestra and the Burbank Symphony.  He also performed as soloist with both orchestras.  He has done freelance work as a classical cellist, studio musician, church musician and as an improvisational cellist.  He has played under the baton of Michael Zearott, Herbert Blomstedt, and Sir David Willcocks.  He has worked in fusion ensemble with Indian musicians Ali Akbar Khan, and “Shubho” Shankar.

Tim has taught cello privately and as a faculty member of the Pasadena After School Music Conservatory at PCC.  While at Marshall Fundamental Secondary School, Pasadena, CA, he also taught beginning strings.  As a faculty member of the innovative International Polytechnic High School in Pomona, he developed and taught the music elective class that integrated performance with music fundamentals, music history and basic music theory. 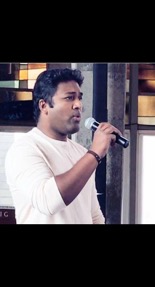 Denney Premkumar got his start singing in churches at a young age. His passion and talents have lead the way for opportunities to work with and learn from artists and groups such as Morton Lauridsen, Ryan McKinney, the Pasadena Symphony and Pops Symphony. He was also a part of Disney’s World of Color Honor Choir under the direction of Eric Whitacre. He is currently a member of the Donald Brinegar singers.

Denney is a senior at Azuza Pacific University where he has studied classical voice and is finishing a bachelor’s degree in music education. He is a part of the APU men’s chorale (under the direction of Dr. Harold Clousing), Driven (under the direction of Dr. Galen Clarke) and can often be found singing at various ceremonies and sporting events around campus. He has an internship as a student conductor at Heritage Christian School in Northridge, Ca. Denney has a passion for teaching and enjoys helping others on their journey to find their inner artist through music. 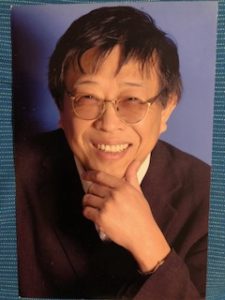